Investing in a new air conditioning system? SEER (Seasonal Energy Efficiency Ratio) is one of the most important factors to consider to ensure that you purchase an AC system that delivers the comfort you expect and deserve. But, what is SEER exactly, and why is it so important?

SEER, or Seasonal Energy Efficiency Ratio, is the measurement of air conditioning and heat pump cooling efficiency. It’s calculated by taking the cooling output for a typical cooling season and dividing it by the total electric energy input over the same time period. The more cooling a system puts out for each unit of energy that it takes in, the higher the SEER rating, and the more efficient your system is going to be. A higher SEER rating equates to lower energy bills and a higher positive impact on the environment.

The best way to think about SEER is to equate it with the gas mileage for your car. The more efficient your car happens to be, the less money you pay at the pump. Residential central air conditioners are similar, only instead of gasoline, you’re paying for electricity.

Bottom line: choosing an air conditioning system with a high SEER rating (13 SEER minimum) gets you the most bang for your buck.

What You Need to Know

That’s a pretty persuasive observation, but there’s also something you should know about SEER and how it effects your comfort and your bank account. Air conditioner cooling output on the hottest days, on average, is reduced by about 32%. That’s 32 cents of every one of your hard-earned dollars going out the window when that summer heat and humidity really set in.

The graph below, courtesy of the Comfort Institute, shows SEER degradation levels. The column on the left shows what air conditioning units are rated at, but the column on the right is their actual performance in the field on the hottest days. 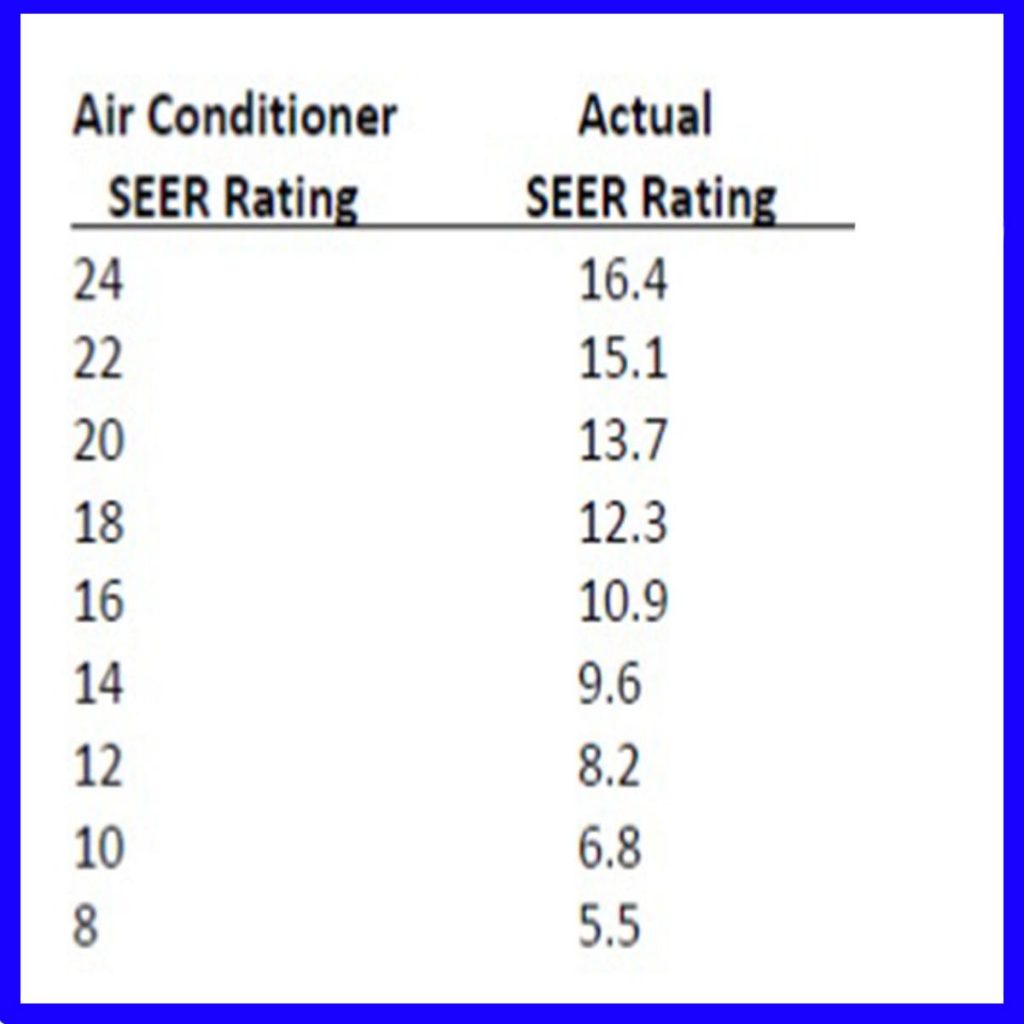 Many homes have weaknesses in their heating and cooling systems. For instance, the Department of Energy estimates that duct work even in new homes leaks 25-40%, so 25-40 cents of every dollar you spend on cooling and heating is probably leaking out of your forced air system on a daily basis.

Didn’t know you were cooling the world, did you?

Aeroseal Duct Sealing is probably the most effective solution currently on the market to eliminate up to 99% of air (money) leakage, but that’s a discussion for another time.

Energy waste is why a high SEER rating is so critical for homeowners, national energy consumption, and the environment. Considering that the annual energy consumption of the U.S. for air conditioning alone is roughly equivalent to the annual energy consumption for the entire continent of Africa, it’s clear that energy standards will continue to increase as our energy demands increase. It’s why the federal government has been increasing SEER standards over time … just like it’s been improving gas mileage standards in the auto industry for years. For instance, for an air conditioner to earn an Energy Star label, it has to now be at least 15 SEER.

In January 2015, the US Department of Energy enacted new minimum efficiency rating guidelines for split and packaged air conditioners, which are defined by three regions of the country:  North, Southeast and Southwest. 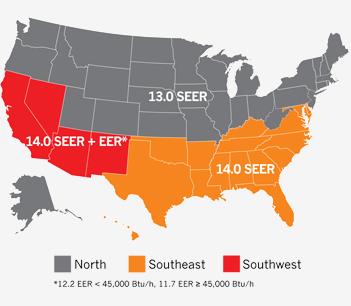 This chart from Energy Star.gov displays the average energy costs for homeowners, and why you may want to consider new equipment that saves you money in the long run. New systems can drastically reduce the cooling (and heating) percentages you see below. 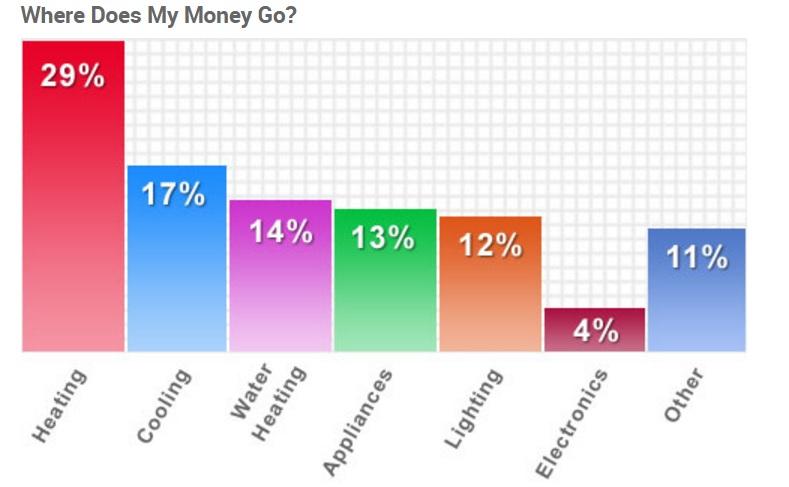 It’s no secret that the performance of your air conditioner is heavily determined by your system’s efficiency (a great reason to schedule routine maintenance), but what is less well-known is that the federal government and utility companies will often compensate you for installing high-efficiency systems!

In fact, with all available rebates and Sanford’s exclusive $300 discount on new air conditioning systems and heat pumps, homeowners could save up to $4,000 on a new installation.

If you’re using window air conditioning units, you should know that many are rated at 10-12 SEER, which means their average operational capacity on the hottest days is somewhere between 6.8-8.2 SEER. You can check your SEER rating by looking up your brand and model number online, or by searching your owner’s manual. Not only that, window units don’t add to a home’s value. A 20 SEER home system would be twice as efficient and could cost half as much to operate by comparison, offering significant savings in the long run as well as an investment in your home.

Ductless mini splits are also a fantastic solution that eliminate the cost of expensive and intrusive ductwork and can be targeted for certain rooms or entire homes. They’re a great cooling solution for homes with forced hot water as well.

In any case, when you’re ready to pick a new AC system, you probably want to factor SEER ratings into your buying decision. Hopefully you’ll choose Sanford! Most of our systems come with a 10-year warranty, a complimentary 1-Year Service Partner Plan (15% Discount on Service Repairs, Priority Service & more), which includes a free system check, and many other benefits. 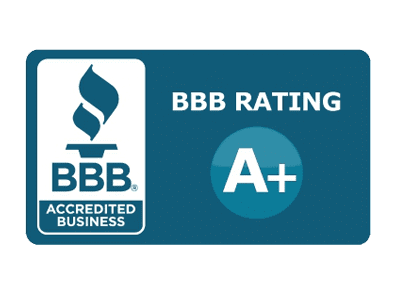